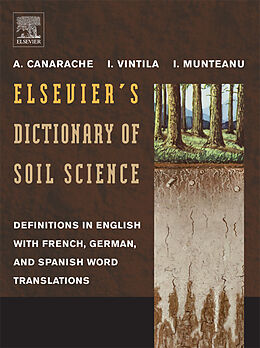 This dictionary includes some 9200 terms, each with a definition and often and additional descriptive text in English, the terms being translated in French, German and Spanish. It is more complete than similar previously published dictionaries or glossaries, and contains all fields of soil science as well as some adjacent fields of other earth sciences, agriculture and engineering. Present concepts and definitions are detailed along with earlier concepts, not only for historical reasons but also for developing new ideas. Concepts, terms and definitions usual in literature of various countries are discussed and compared, to offer an appropriate exchange of ideas. Soil classifications and methodologies for soil investigation coming from a score of European, American and other countries and international organisations are presented, and correlations between names of soil taxa in different classifications are suggested.

Readers active in all branches of soil science will find accessible answers to many of their questions, either directly referring to procedures used in the organisations where they work, or related to way of thinking in other countries. Readers active in other branches, but needing information on soils, will also find answers to this dictionary of great assistance to their research.

* Over 9200 terms with definitions in English and translations in French, German, Spanish
* Includes all fields of soil science and many connected sciences
* All present-day terminology with inclusion of earlier, classical concepts and terms
* Terminology in current USDA Soil Taxonomy, FAO World Reference Base or Soil Resources, and other documents from different countries

Granted the "N.Cernescu" award from the Romanian Academy on Agricultural and Forestry Sciences 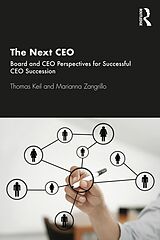