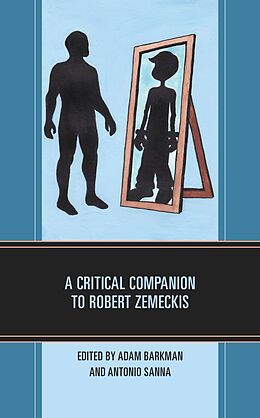 A Critical Companion to Robert Zemeckis

A Critical Companion to Robert Zemeckis offers a comprehensive, academic and detailed study of the works of Robert Zemeckis, whose films include successful productions such as the Back to the Future trilogy (1985-90), Forrest Gump (1994), Contact (1997), Cast Away (2000) and The Polar Express (2004), but also lesser known films such as I Wanna Hold Your Hand (1978), Used Cars (1980), and Allied (2015). Most of Zemeckis' major productions were not only successful when they were first released but continue to enjoy popularity-with critics and fans alike-even today. This volume investigates several distinct areas of Zemeckis' works and addresses the different approaches: the philosophical, the artistic, the socio-cultural, and the personal. The methodologies adopted by the contributors differ significantly from each other, thus offering the reader a variegated and compelling picture of Zemeckis' oeuvre, which includes nineteen films. Contrary to the few volumes published in the past on the subject, the chapters in this volume offer specific case studies that have been previously ignored (or only partially mentioned) by other scholars. A Critical Companion to Robert Zemeckis offers a great variety of interdisciplinary approaches to Zemeckis' films, illuminating, re-reading and/or interpreting for the first time the entire career of the director, from his first films to the most recent ones.

Adam Barkman is professor of philosophy and chair of the Philosophy Department at Redeemer University College.

Part I: The Filmmaker

1)You Gotta Get Their Friendship, Their Trust, then Get Their Money: Social Class and Financial Corruption in Used Cars, Eric Sterling

2) Till Death Do Us Part: Romancing the Stone, Death Becomes Her, and the Romance Genre, Michael Charlton

3)Used Cars, Flying Cars and Streetcars: The Role of Transportation and Capitalism in the Films of Robert Zemeckis, Siobhan Lyons

5) The Horror, the Horror: Freud, Horror, and the Uncanny in the Motion Capture Productions of Robert Zemeckis, Paul Johnson

8)The Things We Can't See: Kierkegaard's Three Stages and the Crisis of Faith in The Polar Express, Nicole Pramik

9)White Christian Heroes and Others in Back to the Future, Forrest Gump, and Welcome to Marwen, Christian Jimenez

11)Contact with Reality, Flight from Truth: An Exploration of Objective Truth and Morality, Anneke Murely and Adam Barkman

13) How To Do Things with Slow Cinema in Hollywood: Temporal Duration in the Diegetic and Nondiegetic Worlds of Cast Away, David LaRocca

14)Time Warps: The Plasticity of History in the Eyes of Robert Zemeckis, Francis Mickus

15)Do You Speak French? An Exploration of the Portrayal of France, Its People and Culture in The Walk, Ludovic A. Sourdot

16)Real and Fictional Ghost Stories in What Lies Beneath, Antonio Sanna

17)Neither Art Nor Love Will Save Us: The Power of Fantasy and the Fantasy of Power in the Wake of Loss of Self and Memory in Welcome to Marwen, Kwasu Tembo