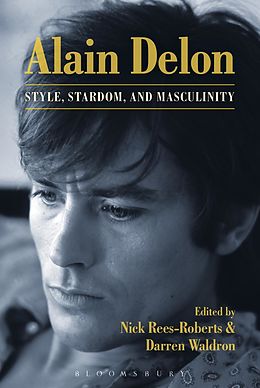 Few European male actors have been as iconic and influential for generations of filmgoers as Alain Delon. Emblematic of a modern, European masculinity, Delon's appeal spanned cultures and continents. From his breakthrough as the first on-screen Tom Ripley in Purple Noon in 1960, through two legendary performances in Rocco and His Brothers and The Leopard in the early 1960s, to his roles in some of Jean-Pierre Melville's most celebrated films noirs, Delon came to embody the flair and stylishness of the European thriller as one of France's most recognizable film stars.

This collection examines the star's career, image and persona. Not only focusing on his spectacular early performances, the book also considers less well documented aspects of Delon's long career such as his time in Hollywood, his work as director, producer and screenwriter, his musical collaborations, his TV appearances, and his enduring role as a fashion icon in the 21st century. Whether the object of reverence or ridicule, of desire or disdain, Delon remains a unique figure who continues to court controversy and fascination more than five decades after he first achieved international fame.

On the Limits of Narcissism: Alain Delon, Masculinity and the Delusion of Agency
Darren Waldron, University of Manchester, UK