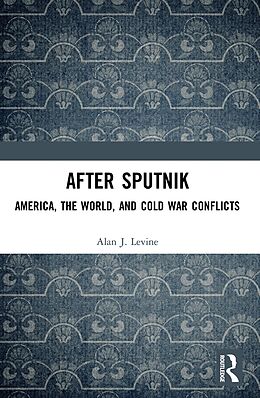 On October 4, 1957 in the midst of the Cold War, the Soviet Union launched Sputnik I, the first artificial earth satellite. For the West, and especially the United States, it was a shattering blow to national morale and pride. It led to a deep-seated fear that the Soviet Union would surpass the United States in both technology and power and that even nuclear war might be near.

After Sputnik shows that the late 1950s were not an era of complacency and smugness, but were some of the most anxious years in American history. The Cold War was by no means a time of peace. It was an era of a different kind of battle-one that took place in negotiations and in the internal affairs of many countries, but not always on the battlefield. While many choose to remember President Eisenhower as a near-pacifist, his actions in Lebanon, the Taiwan Straits crisis, Berlin, and elsewhere proved otherwise. Seconded by his able secretary of state, John Foster Dulles, he steered America though some of the most difficult parts of the Cold War, not always succeeding, but preventing disaster. The Middle East and Berlin crises, the Indonesian Civil War, Fidel Castro's rise to power, and other events are all bluntly discussed in the light of Western, and other, illusions and delusions.

In this engaging history, Alan J. Levine delves deeply into this often misrepresented period of history, and provides new insight into one of the most formative decades in American history.

Alan J. Levine is a historian and adjunct assistant professor of history at Borough of Manhattan Community College. He specializes in twentieth-century international relations and the history of World War II and the Cold War, and has written eleven books.