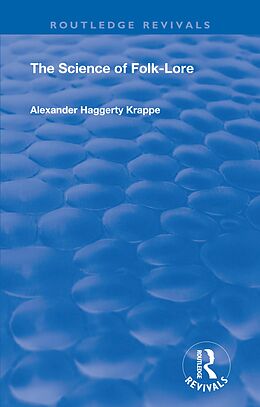 The Science of Folk-Lore

First published in 1930, this volume aimed to provide an overview of folk-lore which contrasted with the Anthropological school. Consciously working in the legacy of Savigny and the Brothers Grimm, the author explored the unrecorded traditions found within popular fiction, custom, belief, magic and ritual, attempting a reconstruction of humanity's spiritual history through popular rather than elite voices. The work was intended to prove useful to scholars of related fields to folk-lore, with hopes of eventual interdisciplinarity.

Titel
The Science of Folk-Lore