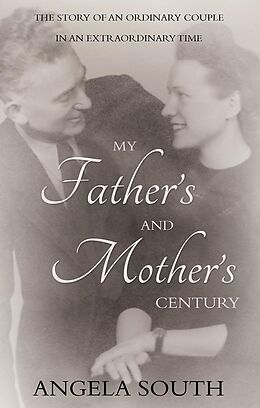 My Father's and Mother's Century

This book chronicles the family history of Angela South's father, John LouisSalter. It starts with his army career, at 14 years old, and how he was posted at 15 to Hong Kong and Mauritius.In WW1, he received the DCM - Distinguished Conduct Medal - and returned home in 1918, with a Frenchbride, Albertine Marie. John left the army in 1925, qualifying as a civil servant despite his lack of education. He settled with his wife in southern England, during the 1920s and 30s. In 1937, Albertine Marie was admitted to a mental asylum for the remainder of her life, due to mental instability. During WW2, he worked in Whitehall and in 1945 was posted to Berlin, where he met Angela's mother, Christa, who was 20 years old at the time. They returned to England together in 1947, where she studied English and secretarial skills so she could take over as the family bread-winner. John and Christa married in 1951, after the birth of Angela and her younger sister, Karin. My Father's and Mother's Century delves into Angela's childhood, through the 1950s and 60s, in her somewhat unusual family, and reveals how it impacted on herself and Karin. The book will appeal to fans of family history, biographies and family history.

Titel
My Father's and Mother's Century

Untertitel
The Story of an Ordinary Couple in an Extraordinary Time