This fascinating selection of photographs traces some of the many ways in which Central Bristol has changed and developed over the last century.

Zusammenfassung
Brycgstowe, 'the place at the bridge', as the Saxon founders of Bristol once called it, is a city of destiny. Once the second port in the country and one of the wealthiest cities in Britain, it has enjoyed centuries of prosperity based on manufacturing, seafaring and trade. Geographically split between the counties of Gloucestershire and Somerset and approached by sea through the dramatic Avon Gorge, the city received a Royal Charter in 1155.It was an industrial city described in the Georgian period as 'by mud cemented and by smoke obscured'. The Bristol of the past is illustrated here in drawings, paintings and photographs, many previously unpublished, from the superb collection held in the Bristol Central Reference Library's Local Collection. They are contrasted with modern colour images documenting the myriad changes the last century has seen in this pleasant city. 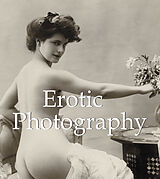