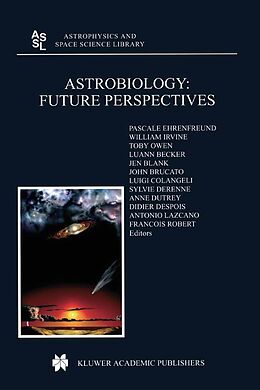 We are fortunate to be living in an era where centuries of speculation about the two ancient and fundamental problems: the origin of life and its prevalence in the Universe are being replaced by experimental science. The subject of Astrobiology can be approached from many different perspectives. This book is focused on abiogenic organic matter from the viewpoint of astronomy and planetary science and considers its potential relevance to the origins of life on Earth and elsewhere.

Guided by the review papers in this book, the concluding chapter aims to identify key questions to motivate future research and stimulate astrobiological applications of current and future research facilities and space missions. Today's rich array of new spacecraft, telescopes and dedicated scientists promises a steady flow of discoveries and insights that will ultimately lead us to the answers we seek.