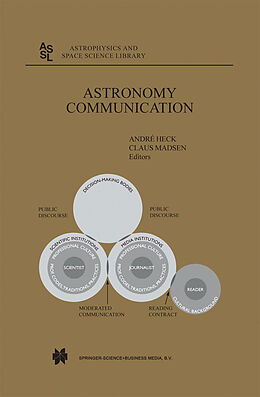 Astronomyhasalwaysbeenoneoftheeasiestofthesciencestoconveyto the public. That is partly because it produces spectacular pictures that can be explained (at least in part) and admired, partly because understanding of astronomy usually does not depend upon a knowledge of a complex cl- si?cation system or esoteric terminology, and partly because its extremes in distances and times challenge our imagination and philosophies. Most scientists enjoy sharing with others the discoveries made by th- selves and their colleagues. The primary purpose of scienti?c research is to discover, to learn, and to understand. When we succeed, we enjoy sh- ing that understanding. Education is most pleasurable when our audience wishes to learn and we have something important to convey. A?eldthatdoesnotcommunicatee?ectivelywiththepublicsoonlooses its interest and support. Author Andr e Heck explains the many di?erent ways in which professional communication now occurs while Leslie Sage explains how such communication should be done. Astronomy done with spacecraft and large equipment is very expensive and the funds for those ultimately come from the public. The cost of astronomy prorated over the number of research astronomers is perhaps the highest in all the sciences. If astronomers do not share their results with the public, they will loose its support. However, for most astronomers the desire to share and educate dominates over the pragmatic need to win public support. With the advent of new communication techniques (television, videos, CDs, DVDs, animation, simulations) we have new methods to commu- cate, in addition to the conventional ones of the printed and spoken word. 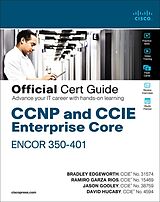 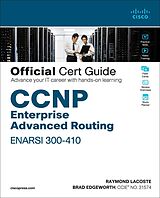