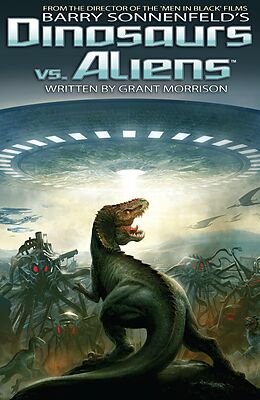 Listen closely. Is that thunder? Or voices? Or the opening chords for the end of worlds? The monsters are coming. From the minds of acclaimed filmmaker, Barry Sonnenfeld (director of the, Men In Black films) and superstar graphic novel creator, Grant Morrison (Batman, The Invisibles, Action Comics, 18 Days), comes Dinosaurs Vs. Aliens, from Liquid Comics. The story focuses on a secret world war battle that was never recorded in our history books. When an alien invasion attacks Earth in the age of the dinosaurs, our planet's only saviors are the savage prehistoric beasts which are much more intelligent than humanity has ever imagined.&quoteTackling stimulating subjects like mass extinction and resource wars with nary a human character in sight, Grant Morrison and Barry Sonnenfeld's Dominion: Dinosaurs vs. Aliens is a cerebral sci-fi experiment that's far more ambitious than it sounds.&quote - Wired&quoteAn entertaining read with awesome artwork.&quote -iFANBOY&quoteSo simple it's daring....so simple it's complex and mind-blowing! Bravo, Grant Morrison, bravo!&quote - Superheroreviews.com&quoteOverall, Dinosaurs vs. Aliens might just be the greatest graphic novel I have ever read...It's dinosaurs and aliens with amazing art and smart writing. What more can one want? (9 out of 10)&quote -comicbookmovie.com &quoteTired of X Vs. Y movies? Too bad! Now shut up and eat your awesome....are there any 'Versus' movies that can top aliens against dinosaurs?&quote - i09.com&quoteMen In Black III director Barry Sonnenfeld has made what is pretty much the most epic announcement of all time - he's getting ready to put together Dinosaurs Vs. Aliens!&quote - Perez Hilton 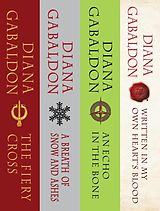