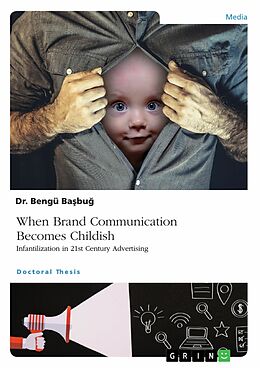 Doctoral Thesis / Dissertation from the year 2018 in the subject Communications - Public Relations, Advertising, Marketing, Social Media, grade: cum laude, T.C. Yeditepe University Istanbul (Institute of Social Sciences - Media Studies Doctoral Program), language: English, abstract: Living in a media-dominated age in which countless images circulate around the world, we are constantly faced with an environment that has become increasingly saturated by advertising. An emerging phenomenon that can be increasingly noticed in a global sense, but especially in Turkish advertising of 21st century which will be explored in this doctoral thesis, is infantilization. Infantilization is the practice of treating adults like children and, thus, viewing them as if they have never grown up - an old concept which appears in a great number of fields, from natural sciences to social and cultural studies. However, infantilization received rarely attention until late 20th century, even processes of infantilization had been occurring for centuries in various areas of life from religion to politics. Although infantilization is not new, its contemporary range of development and its influence on consumers today is. Meanwhile it has reached its ultimate breakthrough in the realms of marketing and mass media culture in general. Consumer infantilization increasingly becomes a technique to attract adults by approaching them like children with advertisements based on the imagination and level of a child. In this sense, the Turkish advertising landscape is rich in elements from children's worlds which originally address children but actually are instrumentalized in particular for adult consumer purposes. Thus, the purpose of the thesis is to examine and improve a deeper understanding of infantilization as an emerging phenomenon in 21st century with regard to its implementation in Turkish advertising. The thesis will demonstrate how and why brands implement the concept of infantilization within the framework of their marketing strategy in advertisements. Using the qualitative multiple-case study research design, the thesis adopts a psycho-semiotic method within the postmodern worldview by analyzing selected advertising campaigns (226 commercials and 52 Facebook posts) of 60 well-known brands in Turkey between 2004-2018. The overriding aim of the thesis is to reveal how the ideal postmodern consumer - the child-like adult - is attempted to create through infantilization within unconscious processes by activating psychic dynamics via childhood signs embedded in Turkish advertisements. 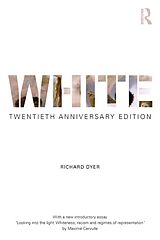