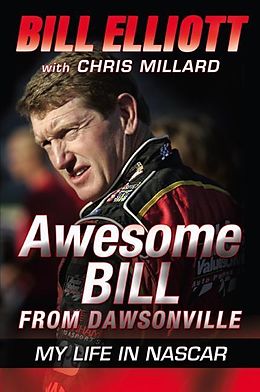 In this long-awaited autobiography, the legendary Bill Elliott details his childhood in rural North Georgia, building cars from scratch, struggling on the anonymous small-time tracks of the South to his against-the-odds rise to the pinnacle of NASCAR stardom: Winston Cup Champion. From Daytona to Talladega, from Bristol to Sonoma, ride shoulder to shoulder with Elliott as he battles Dale Earnhardt, Darrell Waltrip, Ricky Rudd, Rusty Wallace, and Alan Kulwicki for NASCAR's ultimate prize. Through Elliott's eyes we meet the colorful cast of old-school characters who built NASCAR: Cale Yarborough, Junior Johnson, the Allisons, Carl Kiekhaefer, and, of course, the France family. We join Bill in the car (and under it) as he sets the all-time record for the fastest official speed ever recorded in a stock car (a record he still holds today). Learn the secretrevealed for the first timebehind the Elliott family's unquestioned mastery of the sport's super speedways. Watch NASCAR grow from a southern diversion into a national phenomenon, and see Bill Elliott grow with it, ultimately becoming one of the sport's most popular heroes. In 1985 Elliott captured the inaugural Winston Million and became the first NASCAR driver ever to appear on the cover of Sports Illustrated. Three years later he captured the Winston Cup Championship. He went on to be voted NASCAR Driver of the Decade for the 1980s by NASCAR fans. He was also voted Most Popular Driver sixteen times. Elliott also shares his thoughts on the dark side of the racing life: the stresses it can place on relationships, the ever-present physical risks, and the weight of fame. He addresses the racing-related deaths of competitors and friends. He is candid and critical in discussing the intense rivalry between him and the late Dale Earnhardt, and he sheds new light on their storied relationship as well as on Earnhardt's shocking death. Elliott discusses the future of NASCAR with critiques of its management and restrictor plates, and he takes on the controversial issues of track and driver safety. A window into the compelling personality of Bill Elliott, as well as a primer on the ascent of America's fastestgrowing sport, this is the definitive insider's view of the rising NASCAR nation.

Bill Elliott and his wife, Cindy, split their time between Georgia and Colorado.

Untertitel
Looking Back on a Life in NASCAR 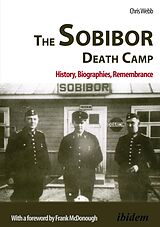