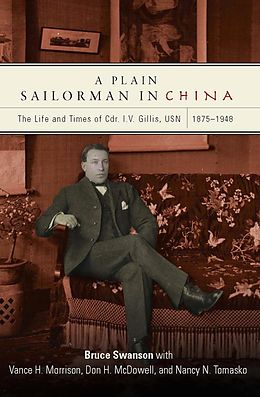 A Plain Sailorman in China

This biography recounts the extraordinary life of I. V. Gillis, both as an officer in the U.S. Navy from 1894 to 1919 and as a collector of rare Chinese books. China specialist Bruce Swanson captures the colorful, multi-faceted life of the man known as an innovative thinker, tactical practitioner, spy, and successful diplomat. Gillis, a second-generation Naval Academy graduate and the son of an admiral, was hailed a hero while serving aboard his first warship in the Spanish-American War and in 1907 became the first U. S. Naval Attach to China. He remained in China until his death, marrying a Chinese princess, and collecting books now housed at Princeton University.

Titel
A Plain Sailorman in China