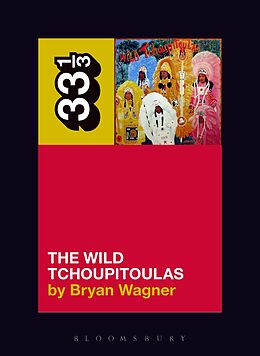 The Wild Tchoupitoulas is a definitive expression of the modern New Orleans sound. From "Hey Pocky A-Way" to "Big Chief Got a Golden Crown," the album draws on carnival traditions stretching back a century, adapting songs from the Mardi Gras Indians. Music chanted in the streets with tambourines and makeshift percussion is transformed throughout the album into electric rhythm and blues accented funk, calypso, and reggae. The album bridges not only genres but generations, linking the improvised flow from group leader George Landry, better known as Big Chief Jolly, to the stacked harmony vocals by his nephews Aaron, Art, Charles, and Cyril--the core members of the soon-to-be-formed Neville Brothers, playing together here for the first time.

With production from Allen Toussaint and support from The Meters, the city's preeminent funk ensemble, The Wild Tchoupitoulas brings an all-star brigade, pressing these old anthems into new arrangements that have since become carnival standards. In the process, the album helped to establish the terms by which processional second-line music in New Orleans would be commercialized through the record industry and the tourist trade, setting into motion a process that has raised more questions than it has answered about autonomy, authenticity, and appropriation under the conditions of a new cultural economy.

Bryan Wagner is Associate Professor in the English Department and Affiliate Faculty in American Studies at the University of California at Berkeley. He is the author of Disturbing the Peace: Black Culture and the Police Power after Slavery (Harvard, 2009) and The Tar Baby:A Global History (Princeton, 2017).