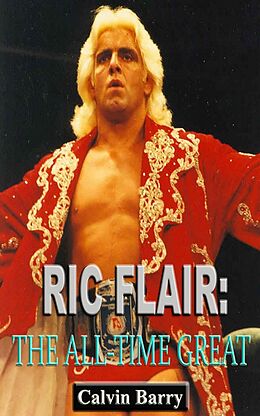 After dropping out of battling school 3 times, and being a mid-carder his first couple years, Richard Fleihr struck gold as being the 2nd coming of the "Nature Boy". He called himself after Buddy Rogers, and obtained his Figure Four Leg Lock, and passed to terrific success in the NWA for the next two years. After succeeding many World titles, feuding with the best wrestlers the NWA had to provide, and leading the Horsemen, he got into a disagreement with NWA/WCW management, and visited the WWF, and showed to the world he had what it took to make it at the company, which at the time stood alone at the top of the wrestling world. After making his way back to WCW in 1993, he started to fight with Hulk Hogan, who had recently came over from the WWF, and Randy Savage, as well as old opponents like Sting.
After a dispute over a day off in early 1998, the Nature Boy began sitting it out while he waited for the choice on a suit filed against him by WCW