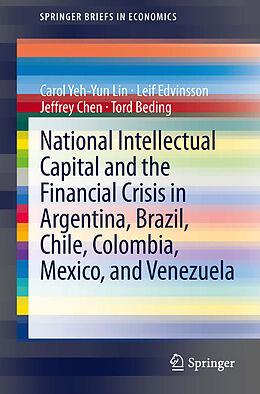 National Intellectual Capital and the Financial Crisis in Argentina, Brazil, ...

Each volume in a series of SpringerBriefs on NIC and the financial crisis provides in-depth coverage of the impact of the crisis, the aftermath, future prospects, and policy implications for a regional cluster. This volume focuses on Argentina, Brazil, Chile, Columbia, Mexico, and Venezuela.