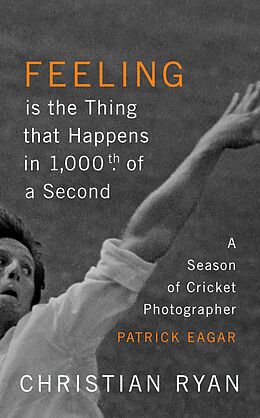 Feeling is the Thing that Happens in 1000th of a Second

LONGLISTED FOR THE WILLIAM HILL SPORTS BOOK OF THE YEAR 2017

In 1975 Patrick Eagar took some photographs which were unlike any cricket photographs anyone had seen before.

It was the summer of an Ashes and a World Cup (cricket's first), a near last-gasp summer before revolution when cricket was still a sport of helmetless faces and green fields with no advertising paint on them. A clamour of rare glamour descended on England: Thommo and D.K., baby-cheeked Viv Richards, careworn David Steele, lithe supercat Clive Lloyd, the Chappell brothers, Andy Roberts, Tony Greig, Doug Walters, trails of cigarette smoke gusting in his wake. From this raw material, a thirty-one-year-old with an expired Sports Illustrated subscription and a love of long lenses found something almost magical.

Eagar's pictures reveal that "feeling is the thing that happens in 1000th of a second". So this is a cricket book about photography and what it can do - tell the future and show human beings in ways not available to our eyes. It is part detective story, (and reconstruction of one of cricket's greatest summers), part biography, part wild-roaming conversation, part essay on the power of the image, myth and reality. It shows Christian Ryan as one of the most elegant and perceptive writers on sport today.

With seventy black-and-white and colour photographs by Patrick Eagar and other seminal photographers, it is is essential reading (and looking) for ardent fans and will exhilarate those who know nothing about cricket. 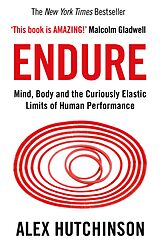 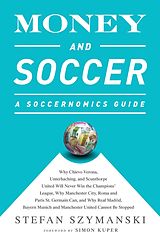 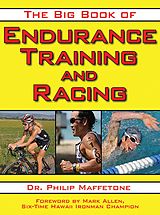