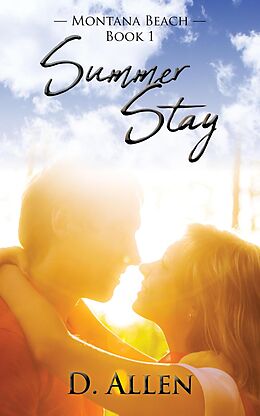 Jessie moved back to picturesque Montana Beach after a heartbreaking split with her ex. She's since thrown herself into her grandparent's inn, which has been struggling financially thanks to the town having seen better days. With few options available, Jessie considers accepting a developer's offer to buy Montana Manor, seeing it as a way to save her family's legacy, until she learns that he wants to tear it down.

Meanwhile, Mason's tired of working at his father's advertising firm in New York City, although his father wants him to become his replacement. Unsure if that's the course he wants his life to take, Mason escapes to Montana Beach and the only inn in town to consider the proposal. But after he meets Jessie, he seems to gain only another reason not to take up his father's offer.

When Mason offers to help Jessie launch a campaign to save Montana Manor, the two quickly find themselves relying more and more on each other. But summer doesn't last forever, and Mason's stay is coming to an end.