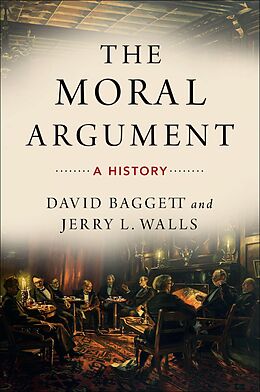 The history of the moral argument for the existence of God is a fascinating tale. Like any good story, it is full of twists and unexpected turns, compelling conflicts, memorable and idiosyncratic characters, both central and ancillary players. The narrative is as labyrinthine and circuitous as it is linear, its point yet to be fully seen, and its ending yet to be written. What remains certain is the importance of telling it. The resources of history offer a refresher course, a teachable moment, a cautionary tale about the need to avoid making sacrosanct the trends of the times, and an often sobering lesson in why reigning assumptions may need to be rejected. This book lets the argument's advocates, many long dead, come alive again and speak for themselves. A historical study of the moral argument is a reminder that classical philosophers were unafraid to ask and explore the big questions of faith, hope, and love; of truth, goodness, and beauty; of God, freedom, and immortality. It gives students and scholars alike the chance to drill down into their ideas, contexts, and arguments. Only by a careful study of its history can we come to see its richness and the range of resources it offers.

David Baggett is Professor of Philosophy at Liberty University. A two-time Christianity Today Book Award winner, he's authored or edited over a dozen books, including God and Cosmos, with Jerry L. Walls. Jerry L. Walls is Scholar in Residence and Professor of Philosophy at Houston Baptist University. Among his books is a trilogy on heaven, hell, and purgatory and Good God, with David Baggett.