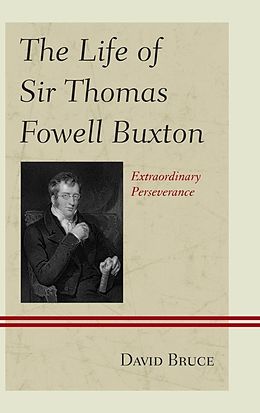 The social conscience of Sir Thomas Fowell Buxton (1786-1845) developed as he operated a brewery in Spitalfields, nineteenth-century London's poorest parish. His interest and research on penal discipline brought him national prominence and led to a parliamentary career that lasted nearly two decades. Buxton's association with noted activist William Wilberforce led to his own involvement in the anti-slavery movement, a cause he fiercely championed, resulting in Britain's abolition of slavery in 1834. Buxton's involvement in the disastrous 1841 Niger expedition effectively ended his public career and paved the way to British imperialism in Africa. A man of many interests, Buxton also supported Catholic emancipation and ending the Hindu suttee. Few nineteenth-century social reformers have had as much of an impact or have cast as long a shadow as Buxton. At the time of his death, many saw him as the epitome of Christian activism, yet today Buxton remains largely ignored and forgotten.

David Bruce examines the life of one of Great Britain's most prominent social activists. Using his personal papers, and the papers and books of his friends, associates, and contemporaries, The Life of Sir Thomas Fowell Buxton paints a portrait of a unique individual driven to improve his world.

Autorentext
David Bruce is an assistant professor of history at the University of Wisconsin-Parkside.