Dean Kuipers takes us behind the scenes of the Animal Liberation Front and its punk-anarchist sibling the Earth Liberation Front, two of the most notorious and violent environmental groups and one of the FBI's biggest domestic terrorist priorities--even in the wake of 9/11. Kuipers tells us the story of ALF and ELF through Rod Coronado, an eco-terrorist and animal rights activist who has served jail time on several convictions in connection with his radical activities. From his teenage association with the Sea Shepherd and Earth First! through the federal manhunt that transformed him into a folk hero, Coronado's story parallels a movement that has led to over 1,200 acts of sabotage, $1 billion in damages, and a legal showdown that will define America's relationship to environmentalism. Neither a biography nor a polemic about animal rights, Operation Bite Back tells the outlaw tale of a man who acted on well-defined principles to carry out a campaign of political sabotage, putting his life on the line for an environmental movement that ultimately couldn't afford to be identified with his extreme actions.

Dean Kuipers is the managing editor of the Los Angles Times entertainment site. He was deputy editor of Los Angeles City Beat and the author of Burning Rainbow Farm, I Am a Bullet, and Ray Gun Out of Control. He lives in Los Angeles. 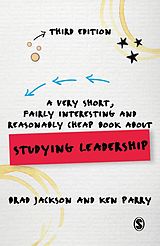