Zusammenfassung
Oxford Studies in Metaphysics is the forum for the best new work in this flourishing field. Much of the most interesting work in philosophy today is metaphysical in character: this new series is a much-needed focus for it. OSM offers a broad view of the subject, featuring not only the traditionally central topics such as existence, identity, modality, time, and causation, but also the rich clusters of metaphysical questions in neighbouring fields, such asphilosophy of mind and philosophy of science. Besides independent essays, volumes will often contain a critical essay on a recent book, or a symposium that allows participants to respond to one another's criticisms and questions. Anyone who wants to know what's happening in metaphysics can start here. Volume Two begins with a major paper on consciousness by Ned Block. Block examines 'Max Black's Objection to Mind-Body Identity', an argument for a dualism of physical and phenomenal properties, closely related to Jackson's 'knowledge argument'. His extensive exploration of this family of arguments for property dualism includes considerable discussion of John Perry and Stephen White; their responses to Block's paper complete the section on the metaphysics of consciousness. Three papers consider the thesis that the future is, in some sense, 'open'. Eli Hirsch elaborates a view according to which contingent statements about the future can be indeterminate in truth-value, while preserving 'straight logic', including a principle of bivalence. Peter Forrest defends a sort of 'growing block' theory of the passage of time, emphasizing the way such a metaphysics, combined with a truth-maker principle, can provide an analysis of natural necessity. Trenton Merrickspresents a trenchant and original criticism of the 'growing block' theory of time. The volume continues with a group of papers on problems of ontology. Thomas Hofweber's paper, defending nominalism from the objection that there are 'inexpressible' properties and propositions, won the first annual Oxford Studies in Metaphysics Younger Scholar Prize. The papers by Phillip Bricker and Michael Loux examine a couple of deep divides within ontology. John Hawthorne's paper raises some extremely puzzling questions about the nature of persons, given the ontology needed for TimothyWilliamson's theory of vagueness. Hawthorne uses these problems to motivate an alternative style of epistemicism. The final three papers take up several issues in the metaphysics of traditional theism. Michael Bergmann and Jeffrey Brower raise objections to combining a Platonic conception of universals with the doctrine of divine aseity; while Brian Leftow defends a non-Platonic theory of universals - a kind of divine-concept nominalism. Hud Hudson suggests that contemplation of the possibility of higher dimensions opens up new avenues in theodicy. 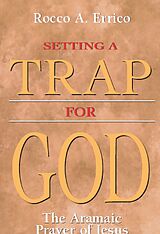 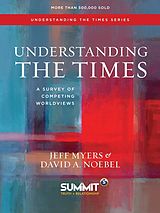 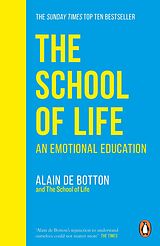