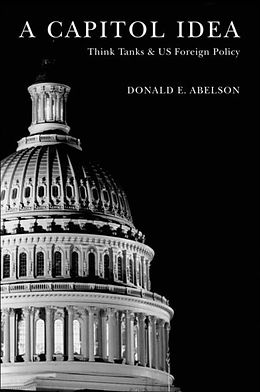 Abelson focuses on a host of high profile think tanks - including the Brookings Institution, the Heritage Foundation, and the Project for the New American Century - and on the public and private channels they rely on to influence important and controversial foreign policies, including the development and possible deployment of a National Missile Defense and George Bush's controversial war on terror. In the process of uncovering how some of the nation's most prominent think tanks have established themselves as key players in the political arena, he challenges traditional approaches to assessing policy influence and suggests alternative models.