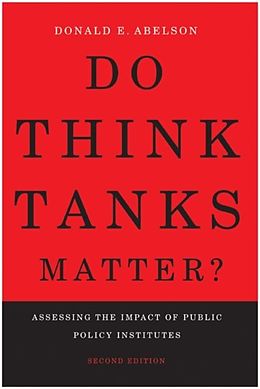 Do Think Tanks Matter? evaluates the influence and relevance of public policy institutes in today's political arena. Many journalists and scholars believe the explosion of think tanks in the latter part of the twentieth century indicates their growing importance in the policy-making process. This perception has been reinforced by directors of think tanks, who often credit their institutes with influencing major policy debates and government legislation. Yet the basic question of how and in what way they influence public policy has, Donald Abelson contends, frequently been ignored.