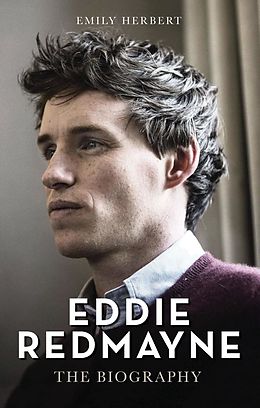 In February 2015, when Eddie Redmayne won the Oscar for Best Actor for his portrayal of the scientist Stephen Hawking in The Theory of Everything, it was the ultimate accolade for an actor who has thrilled audiences since bursting out on to the scene a decade earlier. Eddie Redmayne is simply one of the most exciting actors around today: from indie stage productions to Hollywood blockbusters, he has shown himself capable of tackling a huge variety of roles while cultivating a huge and devoted fan following known as 'Redmayniacs'.Now a new book delves into the past of this hugely popular star. From his wealthy and privileged origins, including an education at Eton and Trinity College, Cambridge, to a tentative entry into the London theatre scene to the heights of an international film career, Eddie has led a fascinating life. Now married to his childhood sweetheart Hannah Bagshawe, Eddie has also been linked to a string of beautiful women before settling down.Delving into every aspect of his background, the new book unearths little known facts about Eddie, such as his acting debut as a teenager in Animal Ark, his stage work in London while still at university, when he was discovered by Mark Rylance, with whom he has often been compared, and his ground-breaking work in films that confront some of society's most explicit taboos. An outstanding member of a hugely exciting new generation of actors, Eddie looks set to dominate the entertainment industry for decades to come.

Autorentext
EMILY HERBERT is a very experienced author and journalist. She has written biographies of numerous celebrities, including Michael Jackson, Katie Price, Gok Wan, Lady Gaga, Robin Williams and Stephen Gately and contributed to a range of national newspapers. Emily is based in London and her hobbies are ballet and art.