Edward Walter Furlong (born August 2, 1977) is an American actor whose best known film roles are John Connor in Terminator 2: Judgment Day and Daniel Vinyard in American History X. He is a two-time Saturn Award nominee, winning the 1992 Saturn Award for Best Performance by a Younger Actor for his work in Terminator 2. He also won the 1992 MTV Movie Award for Best Breakthrough Performance for his work in the film. This book is your ultimate resource for Edward Furlong. Here you will find the most up-to-date information, photos, and much more. In easy to read chapters, with extensive references and links to get you to know all there is to know about Edward Furlong's Early life, Career and Personal life right away. A quick look inside: Edward Furlong, 1991 in film, 1992 in film, 1993 in film, 1994 in film, 1996 in film, 1998 in film, 1999 in film, 2000 in film, A Home of Our Own, American Heart, American History X, Animal Factory, Before and After (film), Brainscan, CSI: NY, Calvin Klein, Cruel World, Dark Reel, Detroit Rock City (film), Glendale, California, Independent Spirit Award for Best Supporting Male, Intermedio (film), Jimmy and Judy, John Connor, Little Odessa, Livin' on the Edge, MTV Movie Award for Best Breakthrough Performance, Mali Finn, Minor characters in CSI: NY, Monica Keena, Nick Stahl, Night of the Demons (2009 film), Pecker (film)and more pages!Contains selected content from the highest rated entries, typeset, printed and shipped, combining the advantages of up-to-date and in-depth knowledge with the convenience of printed books. A portion of the proceeds of each book will be donated to the Wikimedia Foundation to support their mission. 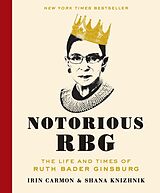