Katherine Dee ",KaDee", Strickland (born December 14, 1975) is an American actress known for her role as Charlotte King on the ABC drama Private Practice. Well known in her hometown of Patterson, Georgia, when she was a child, she began acting during high school. Strickland studied the profession in Philadelphia and New York City, where she obtained mostly small roles in film, television and theater projects, among them The Sixth Sense (1999). Her participation in the 2003 Hollywood films Anything Else and Something's Gotta Give led to her receiving significant parts in the horror pictures Anacondas and The Grudge (both 2004). In the period they were released, Strickland was referred to as ",the pride of Patterson", and the horror fandom's ",newest scream queen",, though her performances in both films received mixed critical reviews. In 2005, Strickland garnered positive critical comment for the romantic comedy Fever Pitch, and in 2007, she was a cast regular in the television show The Wedding Bells and subsequently was added to the cast of Private Practice. Strickland has spoken against the emphasis placed on beauty in the Los Angeles acting community, in which she says her Southern U.S. background has helped to distinguish herself from other blonde-haired actors. She has spoken of an affinity for her strong female characters and a desire to avoid sexualizing or sensationalizing her self-presentation as a woman. This book is your ultimate resource for KaDee Strickland. Here you will find the most up-to-date information, photos, and much more. In easy to read chapters, with extensive references and links to get you to know all there is to know about KaDee Strickland's Early life, Career and Personal life right away. A quick look inside: KaDee Strickland, Anacondas: The Hunt for the Blood Orchid, Anything Else, Charlotte King, Fever Pitch (2005 film), Girl, Interrupted (film), Grey's Anatomy, Jason Behr, Patterson, Georgia, Something's Gotta Give (film), The Family That Preys, The Flock (film), The Grudge, The Sixth Sense, The Stepford Wives (2004 film), The Street Lawyer, Train Ride, University of the Arts (Philadelphia) 96and more pages!Contains selected content from the highest rated entries, typeset, printed and shipped, combining the advantages of up-to-date and in-depth knowledge with the convenience of printed books. A portion of the proceeds of each book will be donated to the Wikimedia Foundation to support their mission. 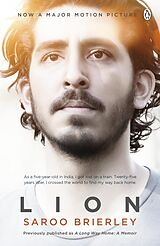 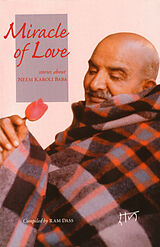