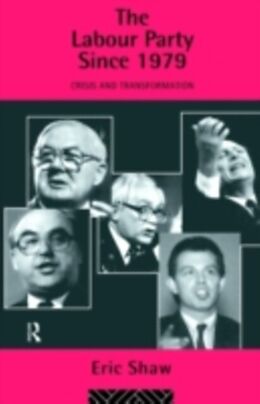 The Labour Party since 1979: Crisis and Transformation challenges the claim that Labour's only real hope for the future lies in shedding its ideological baggage. It rejects the notion taht the 'shadow budget' was the prime cause of its 1992 defeat and argues that the strategyof seeking an image of 'responsibility' and 'respectability' - which under the new leadership has become a paramount concern - does not offer the best route forward for the party.The effect of this strategy - of abandoning traditional tenets, and adopting a policy profile more to the tastes of its critics in business and the media - will be to deprive Labour of its sheet-anchor, and even if successful electorally, the price will be that the hopes and aspirations of its supporters will be highly unlikely to be fulfilled.