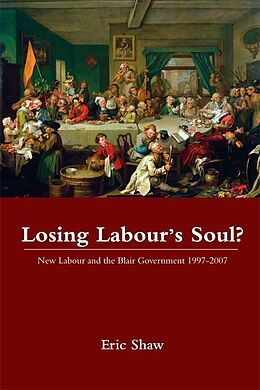 Based on extensive original research and interviews with a wide variety of key players, this is a compelling assessment of the Labour Party in power. Beginning with a detailed account of the development of New Labour, including the ideological tensions within the party, Eric Shaw provides a sophisticated analysis of the Labour Government during an unprecedented period of power. Offering the most detailed examination yet published of the actual performance of the party in several key social and economic policy areas, Losing Labour's Soul? will be of enormous interest to students of British politics, labour history and party politics.

Eric Shaw is Senior Lecturer in Politics at the University of Stirling, UK.