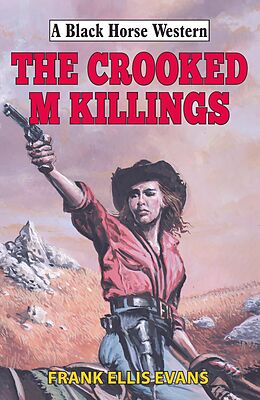 Marshal Reuben Kane is charged with finding the men who have spread terror and violence in an unprecedented bank robbing spree. It's a routine, albeit dangerous, assignment. Routine, that is, until Reuben discovers Sal McIntyre, badly beaten and left to die by the men he is hunting. Near to her is the body of her murdered husband. Reuben postpones his search in order to nurse the woman back to health, but from the moment she regains consciousness, vengeance is the only thing on her mind. Sal's hatred is all-consuming and, against his better judgement, Reuben finds himself drawn into her ill-conceived plot to kill the men who murdered her husband. Reuben sets out to bring them to justice. But Sal McIntyre wants revenge. At any cost.

Bill Evans aka Frank Ellis Evans has spent most of his career working with disadvantaged children. He has had three books, numerous articles and short stories published, The Crooked M Killings is his first Black Horse Western.