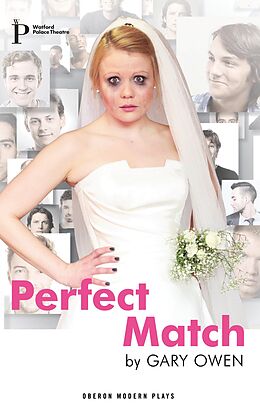 Joe and Anna have been together for nine years, and as far as he is concerned will stay together for another ninety. But the minute they set a date for the wedding, Anna panics. A new dating agency promises to scan the online persona of everyone in the world, guaranteeing to find your soul mate. Anna looks at Joe and wonders - can he

Gary Owen's warm, wise and very funny comedy asks if it's possible to find our perfect partner, or whether we're better off leaving it to chance. Can our ideals of romantic love ever compete with reality?