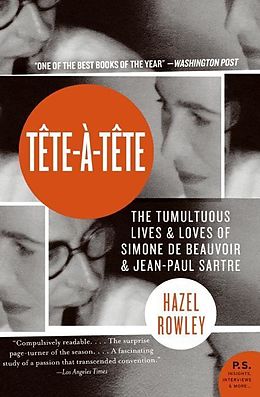 They are one of the world's legendary couples. We can't think of one without thinking of the other. Simone de Beauvoir and Jean-Paul Sartre -- those passionate, freethinking existentialist philosopher-writers -- had a committed but notoriously open union that generated no end of controversy. With Tete-a-Tete, distinguished biographer Hazel Rowley offers the first dual portrait of these two colossal figures and their intense, often embattled relationship. Through original interviews and access to new primary sources, Rowley portrays them up close, in their most intimate moments.We witness Beauvoir and Sartre with their circle, holding court in Paris cafes. We learn the details of their infamous romantic entanglements with the young Olga Kosakiewicz and others, of their efforts to protest the wars in Algeria and Vietnam, and of Beauvoir's tempestuous love affair with Nelson Algren. We follow along on their many travels, involving meetings with dignitaries such as Roosevelt, Khrushchev, and Castro. We listen in on the couple's conversations about Sartre's Nausea, Being and Nothingness, and Words, and Beauvoir's The Second Sex, The Mandarins, and her memoirs. And we hear the anguished discussions that led Sartre to refuse the Nobel Prize.The impact of their writings on modern thought cannot be overestimated, but Beauvoir and Sartre are remembered just as much for the lives they led. They were brilliant, courageous, profoundly innovative individuals, and Tete-a-Tete shows the passion, energy, daring, humor, and contradictions of their remarkable, unorthodox relationship. Theirs is a great story -- and a great story is precisely what Beauvoir and Sartre most wanted their lives to be. 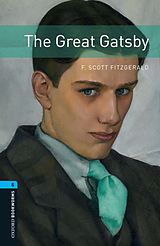 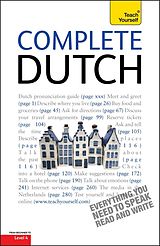 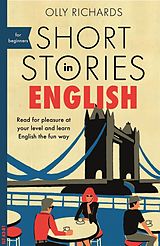