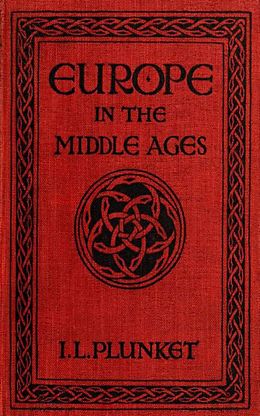 Europe in the Middle Ages

The history of Mediaeval Europe is so vast a subject that the attempt to deal with it in a small compass must entail either severe compression or what may appear at first sight reckless omission. The path of compression has been trodden many times, as in J. H. Robinson's Introduction to the History of Western Europe, or in such series as the 'Periods of European History' published by Messrs. Rivingtons for students, or text-books of European History published by the Clarendon Press and Messrs. Methuen. To the authors of all these I should like to express my indebtedness both for facts and perspective, as to Mr. H. W. Davis for his admirable summary of the mediaeval outlook in the Home University Library series; but in spite of so many authorities covering the same ground, I venture to claim for the present book a pioneer path of 'omission'; it may be reckless but yet, I believe, justifiable. It has been my object not so much to supply students with facts as to make Mediaeval Europe live, for the many who, knowing nothing of her history, would like to know a little, in the lives of her principal heroes and villains, as well as in the tendencies of her classes, and in the beliefs and prejudices of her thinkers. This task I have found even more difficult than I had expected, for limits of space have insisted on the omission of many events and names I would have wished to include. These I have sacrificed to the hope of creating reality and arousing interest, and if I have in any way succeeded I should like to pay my thanks first of all to Mr. Henry Osborn Taylor for his two volumes of The Mediaeval Mind that have been my chief inspiration, and then to the many authors whose names and books I give elsewhere, and whose researches have enabled me to tell my tale. IERNE L. PLUNKET.

Titel
Europe in the Middle Ages