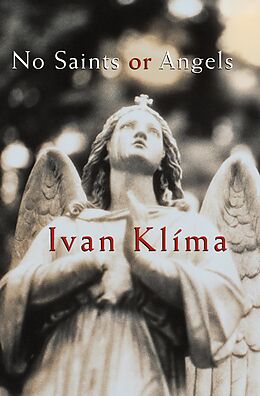 No Saints or Angels

A novel of one desperate woman's hopes and desires set in contemporary Prague from "a literary gem who is too little appreciated in the West" (The Boston Globe).

Divorced, approaching fifty, and mother to a rebellious fifteen-year-old, Kristyna is beginning to feel the strain of her bleak existence-until she finds a new sense of joy when she begins a love affair with a man fifteen years her junior

But her escape into romance is far from complete. She worries about her daughter Jana, who has been cutting school, and may be using heroin-the latest plague on the city. And Kristyna's mother has forced her to accept the personal papers of her dead father, a tyrant whose Stalinist ideals she despised. At a crossroads in her life, she must find a way to put the past behind her and deal with the challenges of the present in a Czechoslovakia that is still trying to overcome years of communist oppression.

In this Washington Post Best Book of 2001, Klima "unflinchingly presents the problems facing modern Prague and civilization in general . . . [and] fills it with mercy" (San Francisco Chronicle).

Titel
No Saints or Angels