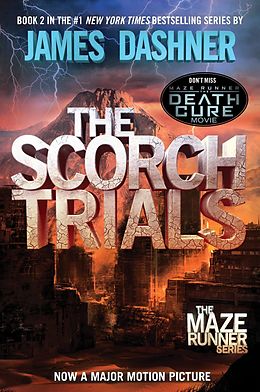 The second book in the New York Times bestselling Maze Runner seriesThe Scorch Trials is a modern classic for fans of The Hunger Games and Divergent.Solving the Maze was supposed to be the end. No more puzzles. No more variables. And no more running. Thomas was sure that escape meant he and the Gladers would get their lives back. But no one really knew what sort of life they were going back to.In the Maze, life was easy. They had food, and shelter, and safety . . . until Teresa triggered the end. In the world outside the Maze, however, the end was triggered long ago.Burned by sun flares and baked by a new, brutal climate, the earth is a wasteland. Government has disintegratedand with it, orderand now Cranks, people covered in festering wounds and driven to murderous insanity by the infectious disease known as the Flare, roam the crumbling cities hunting for their next victim . . . and meal.The Gladers are far from finished with running. Instead of freedom, they find themselves faced with another trial. They must cross the Scorch, the most burned-out section of the world, and arrive at a safe haven in two weeks. And WICKED has made sure to adjust the variables and stack the odds against them.Thomas can only wonderdoes he hold the secret of freedom somewhere in his mind? Or will he forever be at the mercy of WICKED?From the Hardcover edition.

James Dashner is the author of the #1 New York Times bestselling Maze Runner series: The Maze Runner, The Scorch Trials, The Death Cure, The Kill Order and The Fever Code, as well as the bestselling Mortality Doctrine series: The Eye of Minds, The Rule of Thoughts, and The Game of Lives. Dashner was born and raised in Georgia, but now lives and writes in the Rocky Mountains. To learn more about him and his books, visit JamesDashner.com, follow @jamesdashner on Twitter, and find dashnerjames on Instagram.

The second book in the blockbuster phenomenon The Maze Runner series now features chapters from The Fever Code, the highly-anticipated conclusion to the MAZE RUNNER SERIES-the novel that finally reveals how the maze was built!

Thomas was sure that escape from the Maze would mean freedom for him and the Gladers. But WICKED isn't done yet. Phase Two has just begun.
The Gladers have two weeks to cross through the Scorch-the most burned-out section of the world. And WICKED has made sure to adjust the variables and stack the odds against them.
Friendships will be tested. Loyalties will be broken. All bets are off.
There are others now. Their survival depends on the Gladers' destruction-and they're determined to survive.

"[A] mysterious survival saga that passionate fans describe as a fusion of Lord of the Flies, The Hunger Games, and Lost."-EW

"James Dashner's illuminating prequel [The Kill Order] will thrill fans of this Maze Runner [series] and prove just as exciting for readers new to the series."-Shelf Awareness, Starred

"Take a deep breath before you start any James Dashner book."-Deseret News 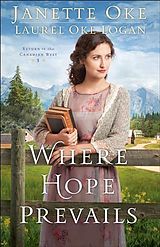 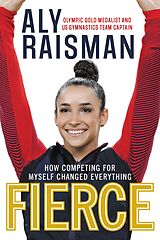