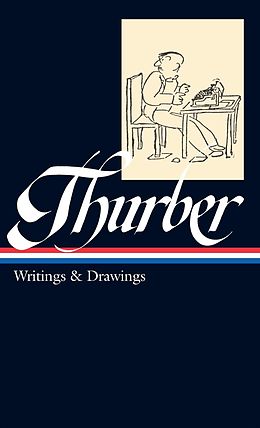 James Thurber, whimsical fantasist and deadpan chronicler of everyday absurdities, brought American humor into the 20th century. His comic persona, a modern citydweller whose zaniest flights of free association are tinged with anxiety, remains hilarious, subtly disturbing, and instantly recognizable. Here, in over 1000 pages, editor Garrison Keillor presents the best and most extensive collection ever assembled. Over 100 pieces include "The Secret Life of Walter Mitty" and "The Catbird Seat," the brilliantly satirical Fables for Our Time, the classic My Life and Hard Times, and the best of The Owl in the Attic, Let Your Mind Alone!, My World-And Welcome to It, and the other famous books. Plus 500 wonderful drawings, including The Seal in the Bedroom and celebrated sequences like "The Masculine Approach" and "The War Between Men and Women." Rounding out the volume is a selection from The Years with Ross, a memoir of the New Yorker publisher, and a number of wonderful early pieces never collected by Thurber.

LIBRARY OF AMERICA is an independent nonprofit cultural organization founded in 1979 to preserve our nation's literary heritage by publishing, and keeping permanently in print, America's best and most significant writing. The Library of America series includes more than 300 volumes to date, authoritative editions that average 1,000 pages in length, feature cloth covers, sewn bindings, and ribbon markers, and are printed on premium acid-free paper that will last for centuries.

Garrison Keillor is the creator of A Prairie Home Companion, which he hosted for 42 years, and the author of several books, including Lake Wobegon Days, The Book of Guys, and Daddy's Girl.