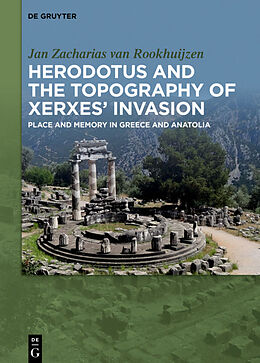 Herodotus and the topography of Xerxes' invasion

In his Histories, Herodotus of Halicarnassus gave an account of Xerxes' invasion of Greece (480 BCE). Among the information in this work features a rich topography of the places visited by the army, as well as of the battlefields. Apparently there existed a certain demand among the Greeks to behold the exact places where they believed that the Greeks had fallen, gods had appeared, or Xerxes had watched over his men.
This book argues that Herodotus' topography, long taken at face value as if it provided unambiguous access to the historical sites of the war, may partly be a product of Greek imagination in the approximately fifty years between the Xerxes' invasion and its publication, with the landscape functioning as a catalyst. This innovative approach leads to a new understanding of the topography of the invasion, and of the ways in which Greeks in the late fifth century BCE understood the world around them. It also prompts new suggestions about the real-world locations of various places mentioned in Herodotus' text.

Titel
Herodotus and the topography of Xerxes' invasion

Untertitel
Place and memory in Greece and Anatolia