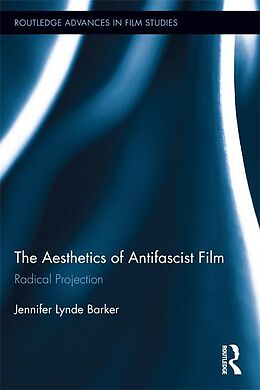 The Aesthetics of Antifascist Film

Through a series of detailed film case histories ranging from The Great Dictator to Hiroshima mon amour to The Lives of Others, The Aesthetics of Antifascist Film: Radical Projection explores the genesis and recurrence of antifascist aesthetics as it manifests in the WWII, Cold War and Post-Wall historical periods.

Emerging during a critical moment in film history-1930s/1940s Hollywood- cinematic antifascism was representative of the international nature of antifascist alliances, with the amalgam of film styles generated in émigré Hollywood during the WWII period reflecting a dialogue between an urgent political commitment to antifascism and an equally intense commitment to aesthetic complexity. Opposed to a fascist aesthetics based on homogeneity, purity and spectacle, these antifascist films project a radical beauty of distortion, heterogeneity, fragmentation and loss. By juxtaposing documentation and the modernist techniques of surrealism and expressionism, the filmmakers were able to manifest a non-totalizing work of art that still had political impact.

Drawing on insights from film and cultural studies, aesthetic and ethical philosophy, and socio-political theory, this book argues that the artistic struggles with political commitment and modernist strategies of representation during the 1930s and 40s resulted in a distinctive, radical aesthetic form that represents an alternate strand of post-modernism.

Titel
The Aesthetics of Antifascist Film