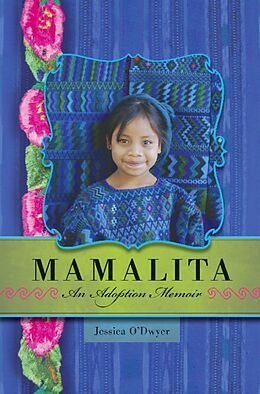 This gripping memoir details an ordinary American woman's quest to adopt a baby girl from Guatemala in the face of overwhelming adversity. At only 32 years old, Jessica O'Dwyer experiences early menopause, seemingly ending her chances of becoming a mother. Years later, married but childless, she comes across a photo of a two-month-old girl on a Guatemalan adoption website - and feels an instant connection. From the get-go, Jessica and her husband face numerous and maddening obstacles. After a year of tireless efforts, Jessica finds herself abandoned by her adoption agency; undaunted, she quits her job and moves to Antigua so she can bring her little girl to live with her and wrap up the adoption, no matter what the cost. Eventually, after months of disappointments, she finesses her way through the thorny adoption process and is finally able to bring her new daughter home. Mamalita is as much a story about the bond between a mother and child as it is about the lengths adoptive parents go to in their quest to bring their children home. At turns harrowing, heartbreaking, and inspiring, this is a classic story of the triumph of a mother's love over almost insurmountable odds.

Autorentext
Jessica O'Dwyer is the adoptive mother to two children born in Guatemala. Her essays have been published in the San Francisco Chronicle Magazine, Adoptive Families, and the Marin Independent Journal; aired on radio; and won awards from the National League of American Pen Women. She has worked in public relations and marketing at the San Francisco Museum of Modern Art, the Los Angeles County Museum of Art, and the Museum of Contemporary Art San Diego, and has also taught jazz dance and high school English.

Jessica is a member of the Left Coast Writers and Writing Mamas, sponsored by Book Passage. A graduate of the University of Delaware, Jessica lives with her husband and children in the San Francisco Bay Area. Mamalita is her first book.