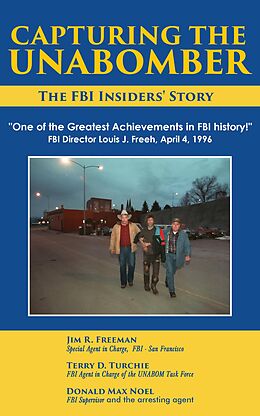 The inside story of the FBI's final two year search for the Unabomber. After a two decades,frustrating search for the indivdual file named Unabom, the FBI turned to a new Special Agent In Charge to run the case. He brought in an FBI agent known for his successful work in counter-intelligence. The two joined with the FBI street agent previously assigned to the case. This is the fascinating story of the three FBI agents who led the chase and succeeded in less than two years, in capturing the serial killer the newspapers called the Unabomber.