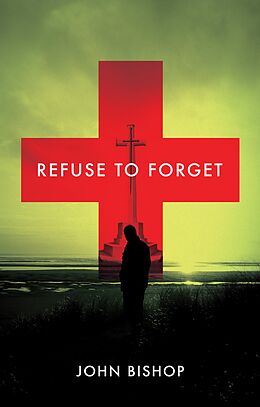 &quoteMy dear lady, why don't you go home and sit still?&quote So, in August 1914, the War Office dismissed Lady Hester Dunranald's offer to 'do her bit.' And if it hadn't been for 14 year-old Harry Butler's love of cars - and his desperation to 'see action' that made him lie about his age - at home she would have stayed. Instead, Harry drives Lady Hester's private ambulance across the channel to Belgium, where he, Lady Hester and her two female companions rescue wounded as the beleaguered Belgian army strains to hold the German invaders. Once the British Army has again rejected Lady Hester's offer of help! When the Belgians open the sea dykes in a final desperate attempt to block the German advance, the ambulance crew is caught up in the ensuing chaos. Blundering behind the German lines, they evade death at the hands of marauding Uhlans, only to be mistaken for the inmates of a German Army brothel. Capture condemns them to be shot as spies in Ypres, where the Kaiser intends to celebrate the imminent final conquest of Belgium. John Bishops's third novel shows the drift into a war no one wanted. Its initial, shocking reality is seen through the eyes of Harry, a 14-year-old boy who, caught up in the hysteria of the time, bluffs his way into seeing action -- and sees far more than he bargained for. When even just surviving becomes a form of purgatory, Harry only has the desire to forget... Refuse to Forget is a novel that takes its characters into a cataclysmic war that will change their worlds forever.

John Bishop was born in Heswall on the Wirral and now lives in Codsall near Wolverhampton.A great-uncle who won the Military Cross in WW1 but never really recovered from his experiences aroused an interest in this 'war to end all wars'. John's previous novel, Love, Freedom or Death, a love story set against the resistance struggle in Crete during World War 2, was also published by Matador.