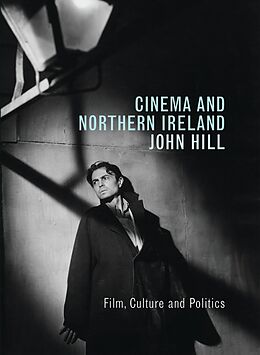 Traces the history of film production in Northern Ireland from the beginnings of a local film industry in the 1920s and 1930s, when the first Northern Irish 'quota quickies' were made, through the propaganda films of the 1940s and 1950s and on to the cinema of the 'Troubles'.

Having spent forty years in the newspaper industry in the U.K. Africa and the Middle East, John Hill retired to take up writing on the subject of newspapers for the trade press and, with Gary Graham to co-write academic papers on newspapers and related subjects. He was for some time a Visiting Research Fellow at Manchester Business School and more recently Leeds University Business School where he lectures occasionally.

Acknowledgments
Introduction
1. 'Ulster must be made soft and romantic': Northern Ireland Film-making in the 1920s and 1930s
2. 'Ulster will fight again': Cinema and Censorship in the 1930s
3. 'Ulster at Arms': Film and the Second World War
4. 'What ideas and beliefs concerning Ulster'?: The Struggle Over Film Images in the Postwar Period
5. 'Go-ahead Ulster': Film, Modernisation and the Return of the Repressed
6. From 'propaganda for the arts' to 'the most powerful industry in the world': Film Policy, Economics and Culture
7. 'It's chaos out there': Changing Representations of the 'Troubles'
Select Bibliography
Index