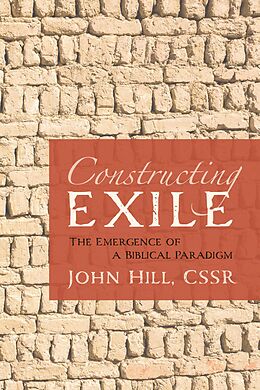 What happens to a community when it is destroyed by a foreign power? How do survivors face the future? Is it all over for them? In Constructing Exile, John Hill investigates how the people of ancient Judah survived invasion and destruction at the hands of the Babylonians. Although some of them were deported to Babylon, they created a new identity for themselves, and then, once they were back in Judah, they tried to recreate the past. Hill examines the way that later generations used the experience of the Babylonian invasion to interpret the crises of their own times. He shows how by the time of Jesus exile had become an image Judaism used to understand itself and its story.

Autorentext
John Hill, CSSR, is a lector emeritus at Yarra Theological Union, and a former Senior Lecturer in the University of Divinity, Melbourne, Australia. He is the author of Friend or Foe? The Figure of Babylon in Jeremiah MT, and other studies on the book of Jeremiah.

Untertitel
The Emergence of a Biblical Paradigm