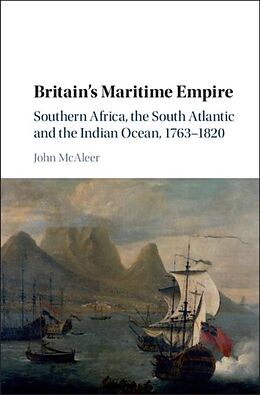 A fascinating new study in which John McAleer explores the maritime gateway to Asia around the Cape of Good Hope and its critical role in the establishment, consolidation and maintenance of the British Empire in the late eighteenth and nineteenth centuries. Situated at the centre of a maritime chain that connected seas and continents, this gateway bridged the Atlantic and Indian Oceans, which, with its commercial links and strategic requirements, formed a global web that reflected the development of the British Empire in the period. The book examines how contemporaries perceived, understood and represented this area; the ways in which it worked as an alternative hub of empire, enabling the movement of people, goods, and ideas, as well as facilitating information and intelligence exchanges; and the networks of administration, security and control that helped to cement British imperial power.

Untertitel
Southern Africa, the South Atlantic and the Indian Ocean, 1763-1820