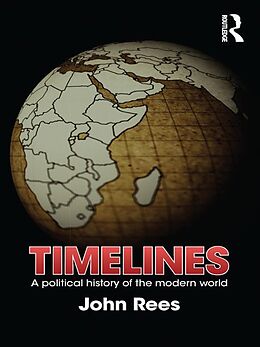 War and revolution, economic crises and political conflict are the very stuff of modern history. This guide to the last 100 years of great power conflict, social rebellion, strikes and protests gives us the essential history of the world in which we live. Based on the Timeline TV series this is a rapid and accessible guide for those who want to know how power is exercised, by who, and for what purposes in the modern world.

From the rise and fall of great empires in two world wars, the Cold War and the 'war on terror' through to the rise of China Timelines describes the shifts in the imperial structure of the world. And it looks at the impact of those changes in the conflict zones of the 21st century, including Afghanistan, Iraq and Iran.

Finally Timelines looks at moments of popular resistance, from the Russian and Spanish revolutions to the fall of Apartheid in the 1990s and the ongoing socialist experiment that is Hugo Chavez's Venezuela. We live in turbulent times. These essays show us how we got here and outline the forces that are going to shape the history of the 21st century.

Untertitel
A Political History of the Modern World