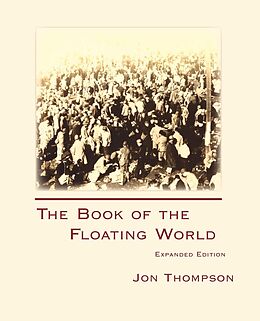 Book of the Floating World Expanded, The

First published in 2004, The Book of the Floating World is offered here in a new expanded edition, complete with all the original photographs of Japan during the American Occupation-the starting point for Jon Thompson's elegiac poetry. In their clarity and openness, these photographs frame the struggle between old and new identities taking shape in the postwar era. This new edition of The Book of the Floating World represents a ground-breaking collaboration between the visual and the literary in a format that traces the hidden connections between past and present.

Jon Thompson is an associate professor of English at North Carolina State University, where he teaches courses in twentieth century literature. In addition to his publications in poetry, he has published Fiction, Crime and Empire (University of Illinois Press, 1993). He also edits Free Verse: A Journal of Contemporary Poetry & Poetics and is the editor of Parlor Press's new poetry series, Free Verse Editions.

Titel
Book of the Floating World Expanded, The