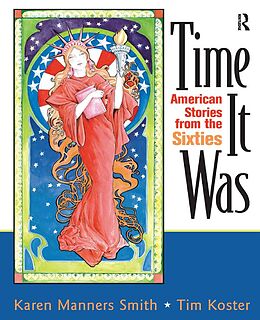 What was it like to live through the Sixties? The writers of these 27 memoirs offer the essence of life and youth in the period. In first-person narratives that range from poignant reminiscences to dramatic adventures, the writers convey what it felt like to land a helicopter in the middle of a firefight in Vietnam, to be beaten and jailed for trying to integrate restaurants in the American South, to run for cover when soldiers opened fire on a campus peace rally in Ohio. Other stories describe the writers' experiences organizing farm workers with Cesar Chavez, campaigning to elect Barry Goldwater, striking for Free Speech at Berkeley, living in a commune, joining the women's liberation movement, becoming caught up in a religious cult, or camping in the rain at Woodstock.

II. Struggles for Social Justice Introduction Gwendolyn Zoharah Simmons: "Mama Told Me Not to Go" Working with SNCC in Mississippi, Freedom Summer 1964 Raymond Hubbard: "Deep in the Heart" Growing up black in the Jim Crow South Sara Evans: "Not My Mother's Path" A historian traces her journey to Women's Liberation Toby Marotta: "Students of Stonewall" Encountering the militant Gay Liberation movement Yolanda Retter Vargas: "Sisterhood is Possible" The life of a feminist Latina lesbian. Johnny Flynn: "Something in the Wind" Spiritual renewal in the American Indian Movement.

IV. Conservative Currents Introduction John Werlich: Born on the Fourth of July The making of a conservative Robert Poole: Libertarian Awakening Campus conservative movements and the 1964 "Goldwater for President" campaign Ron McCoy: "It Ain't Me Babe: Working for Richard Nixon" An insider's view of RichardNixon's 1968 Republican presidential campaign. Gerald Scott: "War on Drugs: A View From the Trenches" Undercover in the DEA

VI. Speaking Out Introduction Jackie Goldberg: "Sit Down! Sit Down!" The Free Speech Movement at the University of California at Berkeley Maria and Antonia Saludado: "Standing With Cesar" Women in the United Farm Workers Movement Sam Lovejoy: "Somebody's Got to Do It" Anti-Nuclear Activism and Civil Disobedience

Titel
Time It Was

Untertitel
American Stories from the Sixties 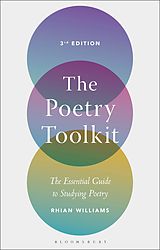