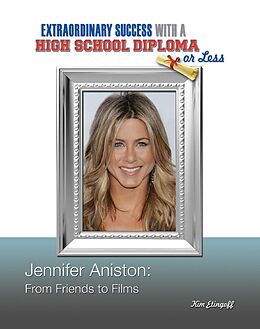 In the last few decades, more and more people are going to college to further their education. It's hard to become a scientist, a professor, or a businessperson without getting some sort of college degree--but college isn't always necessary to achieve success. Some people are ready to enter the workforce right after high school. Jennifer Aniston was one of these people. The world-famous actress has starred in television shows and movies, both big Hollywood hits and independent films. Since her breakout role on "Friends", Jennifer's been hugely successful in the world of acting. Few stars are as well known around the world as Jennifer Aniston. And what's most amazing about Jennifer's story is that the actress reached her goals without a college degree!

Untertitel
From Friends to Films