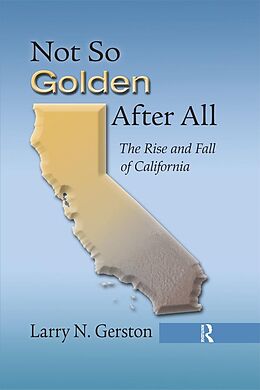 Not So Golden After All

Quality public education, modern highway systems, and reasonably priced housing-these are just some of the qualities that once made California one of the most desirable places to live. Just a few decades later, the state finds itself with an education system that is failing its citizens, one of the highest unemployment rates in the nation, and a quickly evaporating dream of home ownership.

Illustrating each step of the breakdown that led to its current state of dysfunction, Not So Golden After All: The Rise and Fall of California provides insight into a system gone amuck. It addresses complicated topics in an engaging manner to help the public and leaders alike understand how to make policies that balance expectations with outcomes. Key political themes covered include disconnected institutions, perpetually unbalanced budgets, immigration, voter ignorance, interest group influence, and dysfunctional institutions. Investigating the gridlock that has become all too common within the state's legislature, the book:

Author Larry Gerston leaves no stone unturned in his discussion of California's economy, position on the Pacific Rim, cultural diversity, land and water issues, and its relationship with the federal government. He examines the state's infrastructure, natural resources, immigration issues, education, finance, healthcare, civil rights, planning and development, security, laws, political parties, and power structures to provide civic leaders and policy makers with the understanding required to restore the sheen to this once glistening paradise.

The Contra Costa Times discussed Larry Gerston's recent Commonwealth Club lecture in a May 17, 2012 article. Read an interview with Larry Gerston in The Mercury News.

Larry Gerston is a professor of political science at San Jose State University and the political analyst at NBC11 (the Bay Area NBC station). He has written ten other books in addition to Not So Golden After All: The Rise and Fall of California, including Politics in the Golden State, Recall!, and California Politics and Government (all with Terry Christensen). In addition to his larger works, Gerston has penned more than 100 op-ed columns in newspapers including the San Jose Mercury News, San Francisco Chronicle, and Los Angeles Times. Frequently interviewed for his political insight, he has appeared on NBC Nightly News, BBC, NPR, and CNN's Inside Politics.

California Dreaming-Not! The Turnstile Society Comings and Goings Uneven Opportunities and Consequences Upside Down State The Land Water Jobs Broke and Falling Further Behind by the Day Countless Pieces of an Unfinished Puzzle Public Education Highways and Byways Environmental Stewardship-A Plus and Model for Other Improvements Weakened Political Capacity The Lost Luster-Where Has It Gone and How Do We Get It Back? Endnotes The Canary in the Mine The Land of Movements and Trends Nonconformist Lifestyles Bohemians Hippies Evangelism Aimee Semple McPherson Robert Schuller Rick Warren Other Participants The Growing Chasm between the Haves and the Have Nots Income and Taxation Patterns Personal Income and Poverty Taxation Disparities Income and Taxation Patterns in Perspective Public Education K-12 Public Education Higher Education Social Welfare Programs Healthcare Welfare What Safety Net? Magnet for Visionaries Dreams and Dollars Making Movies Disneyland and Others The Lure of Escape High Tech Innovation and Entrepreneurship Capital Ideas An Uncertain Future Dreams, Deliverables, and Disappointments Endnotes

From Farmers to Assemblers to Engineers The Agricultural Society From Small Farms to Agribusiness Diversification of the Land Sizing Up Farm Power Water Labor Environmental Regulations Do Animals Have Rights? California Farming: A Lot More than Putting Food on the Table Manufacturing-Metamorphoses and Mismatches The Waning Industrial Base Behind Job Losses NAFTA and California Manufacturing California Manufacturing in Perspective Technology and Dot Coms Corporate Presence in Name Only? H-1B Workforce The Power of Green Tax Breaks to Keep Businesses Here Empty State Coffers Trying to Stop the Bleeding California's Economy: Good for the Geese but Not for the Gander Endnotes

Life in the 'Burbs-Where There Is No There There A Tale of Few Real Cities and Many Pretenders East Coast Cities Grow Up, California Cities Grow Out Missing Public Services Moving Out and Staying Behind It's Still Segregation, No Matter How You Frame It Fractured Local Governments: Unnecessary Costs and Duplicative Responsibilities Artificial Barriers The Costs in Dollars Weak Ability to Perform Proposition 13 The Consequences Too Much Democracy? Misplaced Blame Private Interests Take Charge Ripping Up Trolley Tracks in Los Angeles San Francisco Tweets Development of Newhall Ranch El Toro Marine Base-When Right Beats Might Who's Really in Charge? Making Local Governments Work City Leaders and Competing Definitions of the Public Good Unconnected Dots Endnotes Infrastructure on the Brink of Collapse Parking Lots for Highways Dilapidated Roads Unwilling to Pay Hidden Costs Toll Roads-Solution or a Bigger Problem? Separating the Haves from the Have-Nots...Again Water: Tapped Out The Geographical Challenge Warring Interest Groups Sacramento-San Joaquin Delta: A Pending Disaster The Energy Struggle The California Model for Clean Air Generating Clean Electricity Electricity Shortages Lingering Challenges Automobile Exhaust AB 32-The New Standard for Environmental Protection? Prison Overcrowding Why Growth of the Prison Population? The Price of Incarceration Race Prison Conditions: The Straw That Broke the Camel's Back Choosing Penury over Safety Rebuilding the Infrastructure One Brick at a Time Endnotes

Where's the Party? Who Belongs to What? Factions Minor Parties Nonpartisan Local Elections Poor Organization The Missing Links Management of Nominations Democrats Republicans Meaningless Primaries The "Top Two" System A Repeat of History? "Top Two" for Whom? Legislators and Fundraising Taking Advantage of Elective Office Funneling Funds Weak Party Governance Where the Lines Are and Are Not Drawn The Curse of the Two-Thirds Vote Party Rivalry between the Branches The Price of Watered-Down Partisanship Endnotes

Hijacked! How Powerful Interests Have Taken Over the State A Porous Policymaking Environment Overlap in the Legislature Overlap in the Governor's Office Getting Someone on the Inside Redefining Regulations Cluttered Bureaucracy Equals Chaotic Policymaking Independent Agencies, Boards, and Regulatory Commissions Turnabout of the PUC The California Gambling Control Commission and Building from the Bottom Up Independent Regulatory Units: Not So Independent After All Special Interests and Their Tools Money Expertise Former Legislators Former Bureaucrats Former Staffers Former Journalists The Internet Getting the Word Out Messaging for Dollars Direct Democracy The Drafting Stage The Qualification Stage The Campaign Stage The Perils of Direct Democracy Of the People, By the People, But Ultimately for the Special Interests Endnotes

Can This Patient Be Saved? A Lack of Direction Policies Determined by the Few What Should Be Done? A Constitutional Convention? We Must Invest We Must Increase Revenues for Those Investments Spread Out the Sales Tax Structure Bring "Sin" Taxes into the 21st Century Tax Those Who Have Not Been Taxed Reform Proposition 13 We Must Remove Bottlenecks to Public Policymaking Streamline Commissions and Boards Merge Overlapping Elected Offices and Agencies Eliminate Legislative Term Limits Time for a Unicameral Legislature Restructure Direct Democracy Redefine State/Local Fiscal Relationships Merge Local Government Units Challenges to Widening the Political Bottleneck A Little Kumbaya Wouldn't Hurt Training and Education Tolerance Political Efficacy Finding Common Purpose Again Endnotes

Titel
Not So Golden After All

Untertitel
The Rise and Fall of California 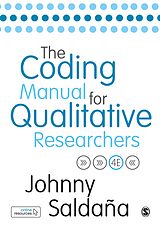