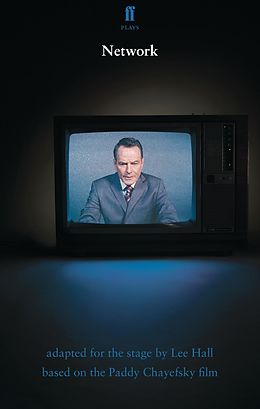 I'm as mad as hell, and I'm not going to take this anymore.

Howard Beale, news anchorman, isn't pulling in the viewers. In his final broadcast he unravels live on screen. But when the ratings soar, the network seize on their newfound populist prophet, and Howard becomes the biggest thing on TV.

Adapted for the stage by Lee Hall from the Paddy Chayefsky film, Network premiered at the National Theatre, London, in November 2017.

Untertitel
based on the Paddy Chayefsky film